Towards the end of last year, the Government released a second draft of the religious discrimination bills. For our families, these Bills are even worse than the first drafts.

While Rainbow Families strongly supports people being protected from discrimination on the basis of their religion (or no religion), these Bills would allow people and organisations to discriminate against our families by allowing discriminatory behaviour, and refusing services and accommodation. The drafts also over-ride existing anti-discrimination protections.

But as a community, we still need to let our elected representatives know about how these Bills will affect our families and ask them not to support the proposed legislation.

Thousands of people have signed the Equality Australia petitions. But nothing beats a personal letter or email to your local MP, about how this legislation will impact you and your family.  Prefilled form letters are much more likely to be ignored that something personalised where you share your story.

How to write a letter to my member of Parliament:

Most importantly practice self care 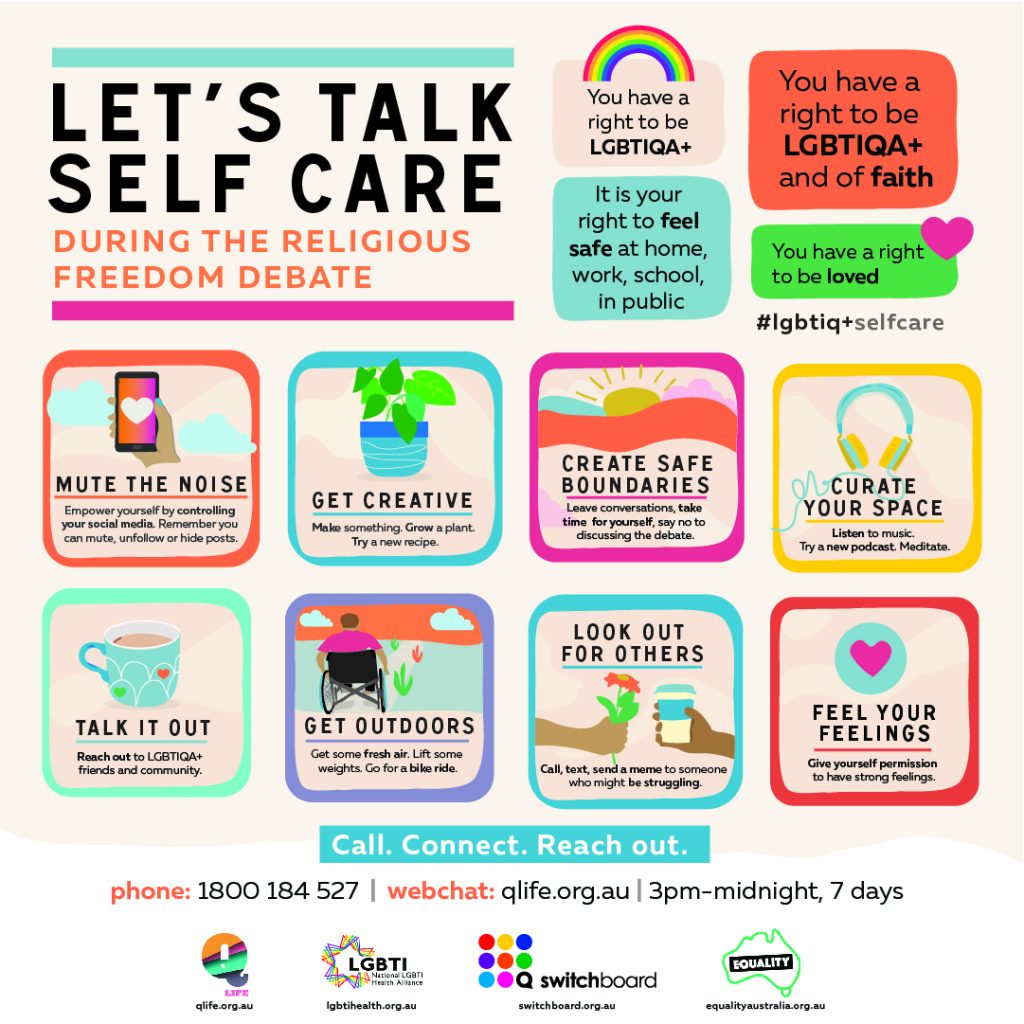