When Dror became a parent he realised he didn't have many gay friends with children, and didn't know many other non traditional families. He decided to join Gay Dads NSW, a social and support group from gay parents and their children. When Rainbow Families formed he also started attending the monthly catch ups organised by the group.

Dror is single dad to a beautiful 3 year old son. He says that being a parent " is a challenging role but one I find rewarding. " They live in Marrickville and love the area. Originally from Israel, the family had limited support in Sydney. Dror says about joining Rainbow Families, " It was important for me that my son would grow up knowing various types of families. This helped expend my social network as well." 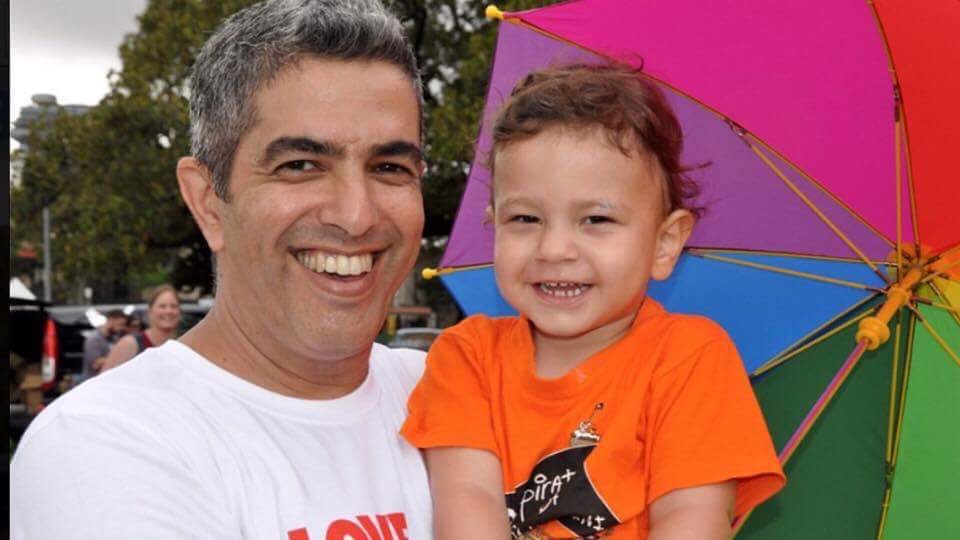 Dror is the organiser of regular Gay Dads Catch ups for Gay Dads NSW. The Catch ups are social events that happen every six weeks in Sydney. It is a friendly group where parents and children make new friends and share a lovely lunch.  Over the last 2 years Dror has also been a regular volunteer with Rainbow Families, including cooking a snag at our Bunnings Fundraise BBQ, and taking part in Mardi Gras Fair Day, where he offered information about groups and support to parents and children, shared his story and encouraged prospective parents,  and helped fundraise.  Volunteering in our community can mean a greater sense of belonging and inclusion. Dror says, " I love it, I enjoy meeting new people and hearing about their experiences . I like the feeling of knowing that there are others with similar challenges in life. I feel part of a greater group."

Rainbow Families offers a range of social events, playgroups, education and parenting programs, and resources.  If you are interested in finding out more about becoming involved as a volunteer, please contact us.