Trans and Gender Diverse (TGD) parents and carers, partners and ex-partners met during the Big Bright Sparkly Days camp at Broken Bay. They form an important minority of families under the Rainbow Families umbrella, and are appreciative that the greater Rainbow Families community has acknowledged that they are in many ways distinct from LGB families, and has shown such support in crowd-funding the upcoming All Families guide to assist families like theirs. 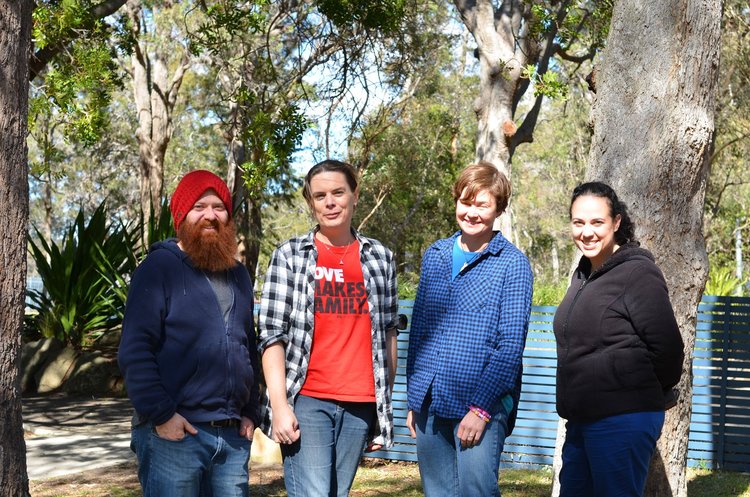 As part of developing content for this guide, the group considered what would make lives easier, better and happier for them as families with TGD parents and carers.

This covered the importance of language and spaces to be inclusive of all identities, especially taking into account the views of children when a parent or carer transitions. Feelings of isolation were noted, especially by those living away from Sydney’s Inner West, and those affected by intersectional issues such as being a single parent. Interacting with the school system was also covered – both positive and negative stories – with a view to improving such important situations for children, parents and carers in the future.

The group noted that increasingly TGD people have pride in their identities, as opposed to the shame that has been a major issue in the past. This is creating more out and visible TGD role models, and bodes well for the future.

A number of recommendations were made by the group, which the Rainbow Families committee are considering in order to better provide support for our TGD families.

The group also discussed existing support groups outside of Rainbow Families for the TGD individuals and their partners, coming up with some thoughts on how to evolve this to better support the diversity within our relationships.

The camp was an amazing opportunity for children in these families to be together with others who have families similar to theirs – in one case for the first time ever. Such connections are at the heart of what is so important about Rainbow Families.

The All Families Resource is being researched and written by Jac Tomlins. Jac has prepared case studies on eight TGD parents and their families, which will form the bulk of the resource. These are being complied into a much needed resource for the growing number of TGD parents within the Rainbow Families Community.