You may have seen the news of late the Government will be introducing new laws to protect people of faith from discrimination.

But there are also concerns from some in the LGBTQA+ community that so-called religious freedom laws could be used as an excuse to weaken hard-won protections for our families and community.

Rainbow Families supports reforms designed to protect people of faith, or no faith, from discrimination.

However, the law should never give one group the ability to attack others.

We do not support any changes that would provide religious organisations with a licence to discriminate against others, including LGBTQ people and women.

It’s easy to feel helpless at a time like this, but we want you to know that there are a number of organisations including Equality Australia, and just.equal working hard to ensure that our community is consulted in this process.

Rainbow Families will also be writing to the government, opposition and cross bench to ensure the voice of our community is heard.

If you want to take action, here’s three things you can do right now:

Where to get help 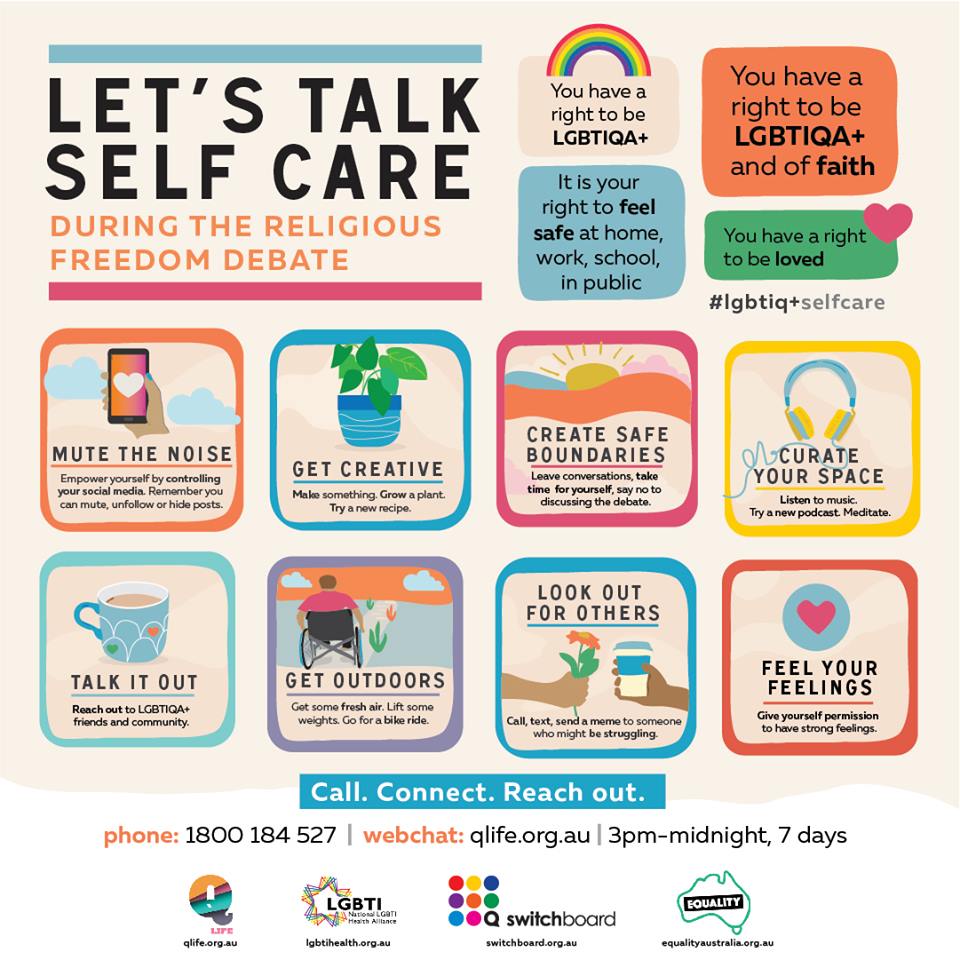