What’s Happening with the Laws around Religious Freedom?

At the end of August, the Morrison Government released draft legislation that would provide new privileges to people of faith, and override existing protections from discrimination for LGBTIQ+ people and our families.

There is detailed analysis underway, but it’s already pretty clear that the draft legislation could allow a person to use “religious beliefs” as a cover for homophobia and transphobia.

We are working together with our counterparts across the country to advocate for legislation that protects people of faith, but doesn’t give people a right to attack our families.

We want your examples of discriminatory, inappropriate, offensive or hurtful comments you or your rainbow family have been confronted with, and the impact these comments may have had on you, your children or your family.

Reply to our short survey BY FRIDAY 27th September.

The idea of religious ‘freedom’ is an important tenet of human rights laws. People absolutely should be free to believe or not believe in any faith, but where this becomes complex is where this label of religious freedom is being used as a smokescreen to allow new laws that permit people to infringe on the rights of other individuals and their families to the extent they claim that discriminating against them is necessary to uphold their own religious or moral beliefs.

These scenarios show just some of the ways these laws could affect our community:

A transman was told that his daughter might be at risk by child safety worker because he “might become aggressive” while taking testosterone.

Difficulties in regional areas for trans children– having to travel to Brisbane to get treatment as the local general paediatrician is “not comfortable” administering hormone injections.

A childcare worker says on meeting rainbow family “It’s my view that a child should have a mother and a father”.

And if you’re concerned, contact your Federal MP, to tell them you don’t want to see laws that would allow discrimination against our families. Get the contact details of your MP here.

Learn more about the draft legislation or make your own submission here.

If you would like to understand the new legislation, check out this cartoon from First Dog on the Moon.

Most importantly remember to practise self-care and if you do need to talk to someone call QLife. 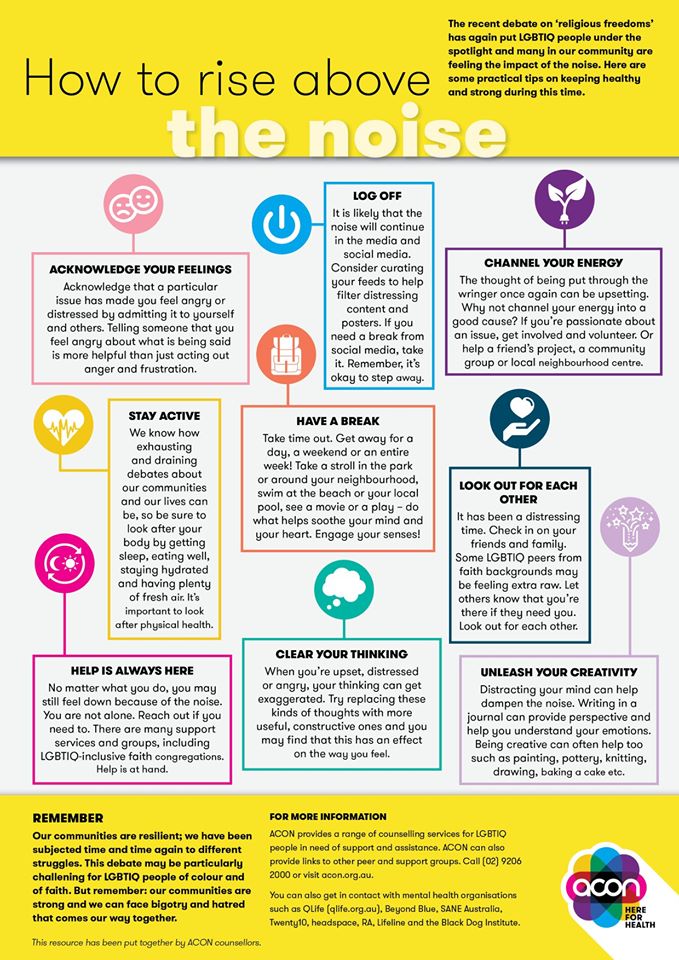