To stay informed about upcoming events, connect with us by subscribing to Rainbow Families newsletter.

Rainbow Families of the Illawarra

Don't see a social group in your area? Get in touch with us to connect or list your group.

Come along to one of the Rainbow Families Monthly Social Group catch-ups. Catch-ups are usually in the inner Sydney area and on alternate Saturdays and Sundays. 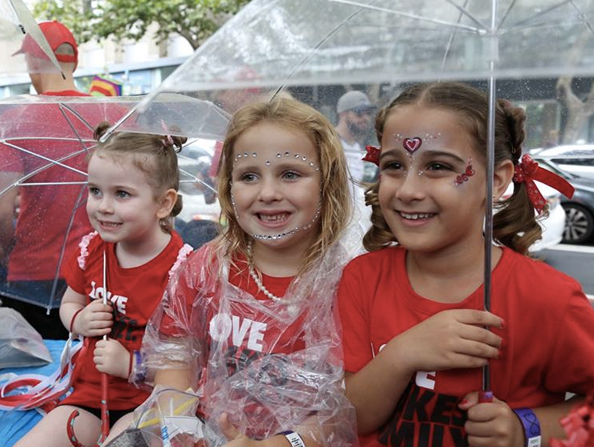 The Currans Hill Rainbow Families Playgroup is an informal session where LGBTQ+ parents, carers, babies and children aged 0 to school age come together in a relaxed and friendly environment. We offer a wide range of play equipment, with lots of free time inside and outside so the children can explore and make friends in a fun, safe way.

The group has grown to have a mixture of lesbian mums, transgender parents, gay dads, and members of our local community who are supportive and inclusive of LGBTQ+ families.

Playgroup attendance evolves over time, kids go off to school and new babies arrive. All playgroups depend on new memberships and families getting involved help them grow and keep them running! We would love new members to come and be part of our group!

For more information on the Currans Hill Rainbow Families Playgroup you can turn up on the day. Our monthly session fees are $5.

When: 10am to 12pm on the first Wednesday of the month

**If your children are a little older, have a look at Macarthur Rainbow Families which many of our members are also involved with. 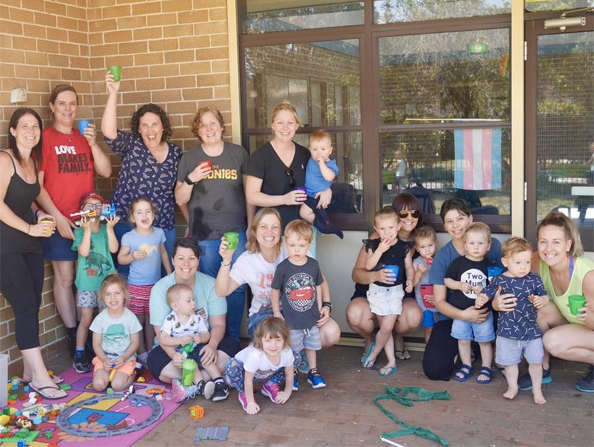 The Rainbow Families Playgroup runs from the Joseph Sargent Community Centre in Erskineville and provides parents and carers with an opportunity to meet other parents, make friends and share experiences and ideas. Children have fun, make new friends and develop through play.

What happens at the Rainbow Families Playgroup?

“Most of us don’t live in quarter acre blocks, so the thought of setting up art and painting in your apartment can be a headache,” says a playgroup mum. “It’s great to come here and let the kids have those experiences. At each Thursday morning session, children have an opportunity to play music, play with water, make artworks and explore with toys”.

The children all sit together for a shared morning tea which is an opportunity to socialise and learn food etiquette from each other. Currently, there are also a number of parents with little babies attending, providing a friendly environment for LGBTQ parents to chat, swap information, swap baby clothes and get support for being a new rainbow family.

Although many of the play group's attendees families are local and come from Newtown, Alexandria, Marrickville, Redfern, Dulwich Hill, Leichhardt and other Inner West suburbs, some come from as far away as Darlinghurst, Surry Hills, Potts Point Paddington in the Eastern suburbs and Wollongong, Strathfield and Camden to interact with other lesbian mothers, gay dads, trans and gender diverse parents and other Rainbow families. Friendships made at playgroup have continued outside of the group, for both the parents and the children. Many friendships continue once the children leave to attend school. The group is 100% volunteer, is run by LGBTIQA+ parents and is part of the playgroup network of Playgroup NSW, which is very supportive of the group.

Playgroup attendance evolves over time, kids go off to school and new babies arrive. All playgroups depend on new memberships and families getting involved help them grow and keep them running! We would love new members to come and be part of our group!

For more information on the Inner West playgroup please contact us, or just turn up on the day. Our weekly session fees are $3 and a piece of fruit to share for morning tea.

The Rainbow Families Playgroup in Erskineville is one of the longest-running LGBTQ+ family playgroups in Australia. In 2009, several babies and their LGBTQ+ parents started meeting regularly at various cafes and playgrounds around the inner west. They met for friendship both for the children and the parents, and for their children to be around other families similar to theirs. The group’s founder, Nadine Sharpe approached Playgroups NSW about joining their organisation in order to create a more permanent space that could welcome more families. Playgroups NSW was happy to have a Rainbow Family group and the Erskineville playgroup was established and became a funded group through Playgroups NSW that serves lesbian mums, gay dads, bisexual, trans gender, and queer (LGBTQ+) families, including grandparents from around Sydney and beyond. 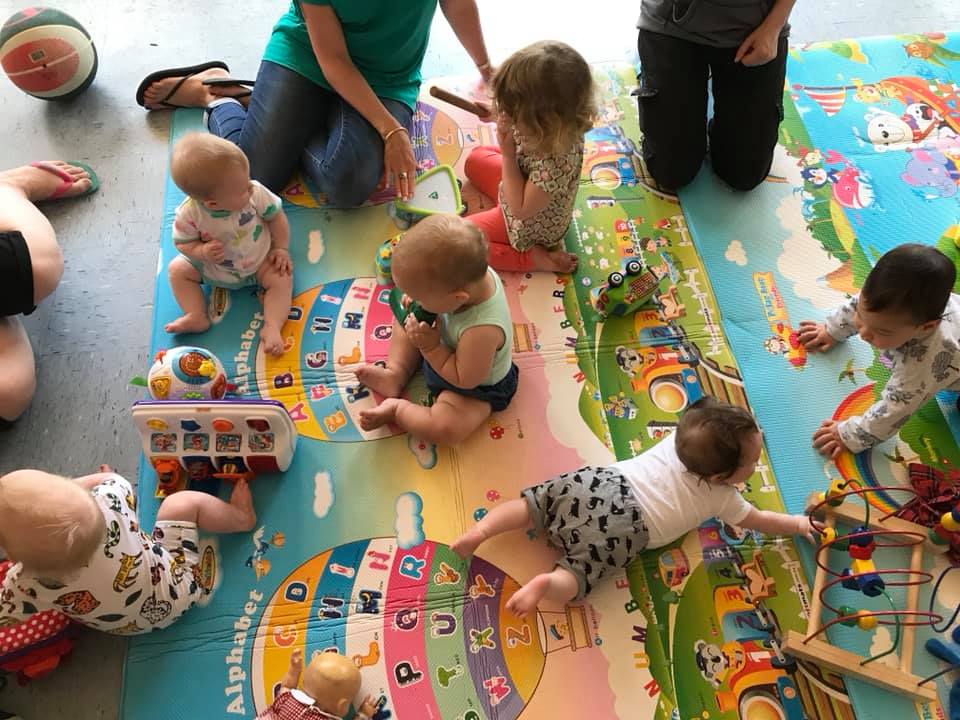 Are you a Gay Dad? Are you a gay man or gay couple that is thinking about having kids? Gay Dads NSW is a social and online group that was created specifically as a resource for New South Wales gay dads and those thinking of becoming dads. The group is linked to the Gay Dads Australia website and is open to all types of gay dads and gay men who are thinking about becoming dads.

If you are thinking about becoming a father or already have kids, it is likely that you will have many questions and could benefit from connecting with other gay men who are fathers. In addition to connecting with other Gay Dads at Rainbow Families events, the Gay Dads NSW social group offers three avenues to connect: the online forum, the Facebook Group and through social events.

The Gay Dads NSW Facebook group is another place where you can connect with other Gay Dads in New South Wales.

As a social support group, any member of the Gay Dads NSW community can host an event. Events are simple to host and can be as large or small as you like. Many times it is just a catch up in the park with kids. To host an event, just pick a time and place where you would like to meet, email the the details to the online forum and Facebook group and show up.

Through the years, many creative events have been run to support Gay Dads in New South Wales including seminars on pathways to parenthood, Gay Dad legal issues, and Daddy Boot Camp which supported expecting fathers with practical advice from an early childhood nurse on how to care for their newborn. 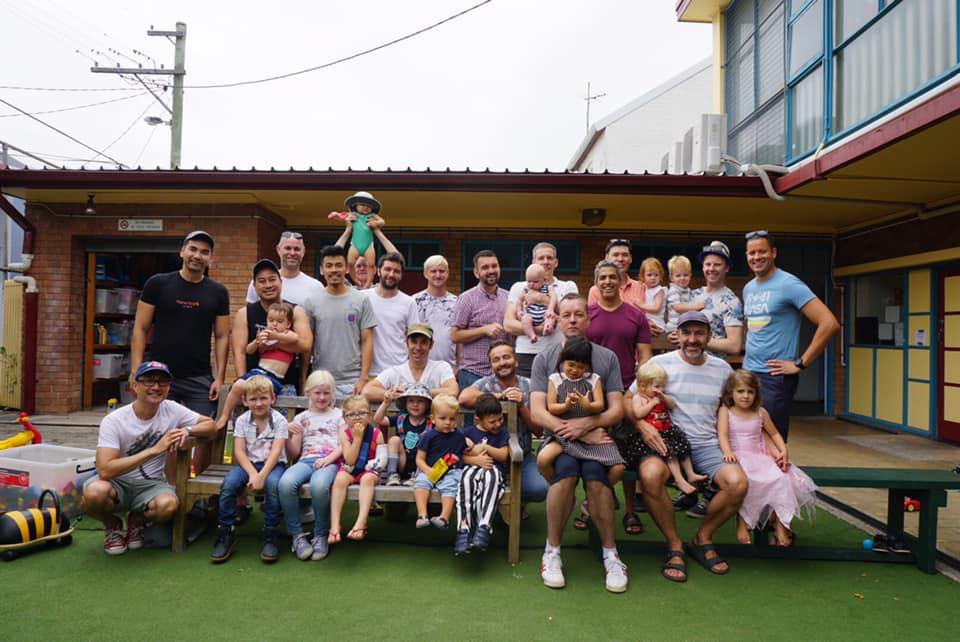 To come along, join the Blue Mountains Rainbow Parents Facebook group. We hope to see you and your Rainbow Family there. 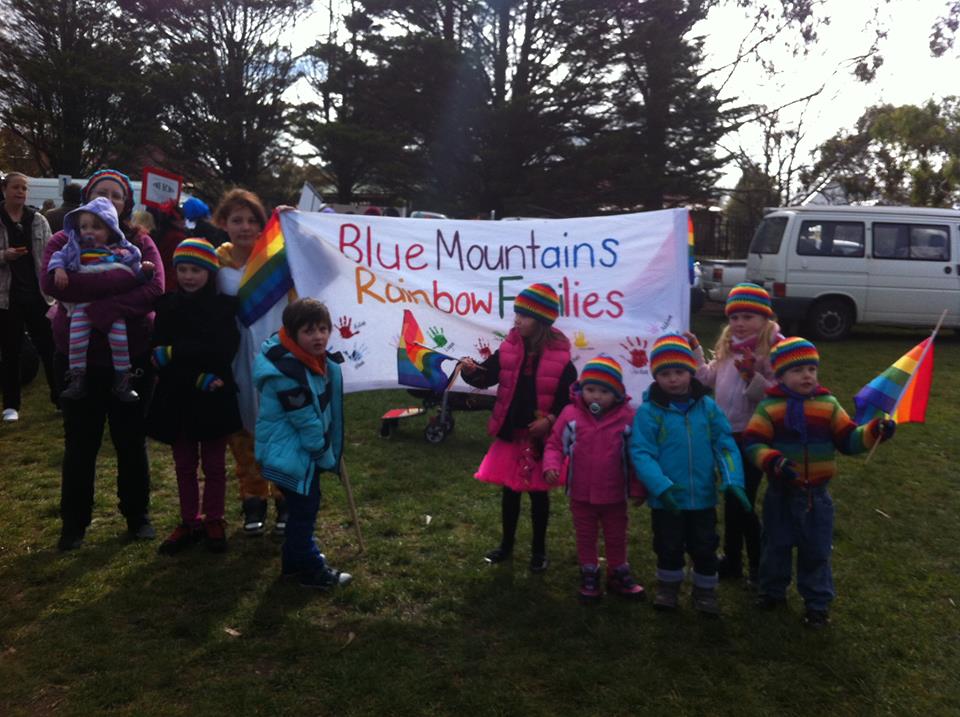 Rainbow Families of the Illawarra

The Rainbow Families of the Ilawarra social group is open to all LGBTIQ parents and their kids. The catch ups take place in different places throughout the Illawarra area monthly. The catch ups are a great place to meet other LGBTQ+ parents/carers and their children.

To come along, join the Rainbow Families of the Illawarra Facebook Group. We hope to see you and your Rainbow Family there. 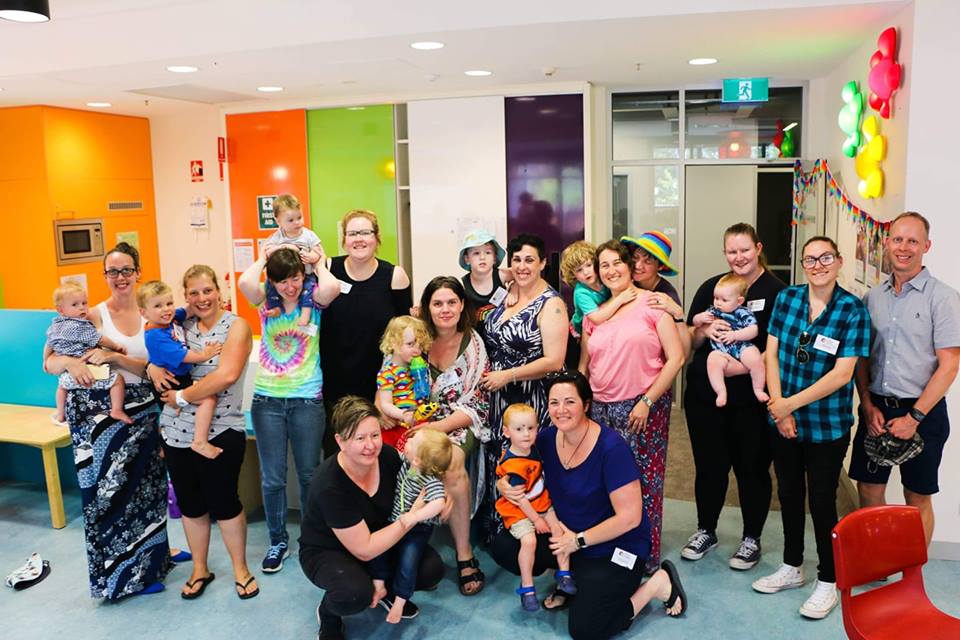 Join Macarthur Rainbow Families and get to know other LGBTQ+ families in the Campbelltown, Camden and Wollondilly council areas and surrounds. Originally launched in 2015, the group was re-launched in 2018 with the aim of building on both the success of the Currans Hill Rainbow Babies and Kids playgroup and the strong Yes vote in the growing Macarthur area to provide a social hub for the local Rainbow Family community.

Our gatherings are often at the playground at the Mount Annan Botanic Gardens, while some are even combined events with nearby Rainbow Family groups to the south of Sydney, strengthening connections across the community.

We meet on weekends and during school holidays so that children of all ages can attend. 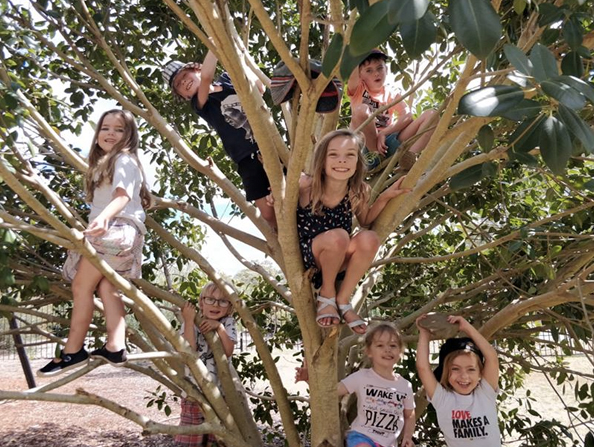 To come along, request to join the Newcastle and Hunter Rainbow Families group on Facebook. We hope to see you and your Rainbow Family at an event in the future. 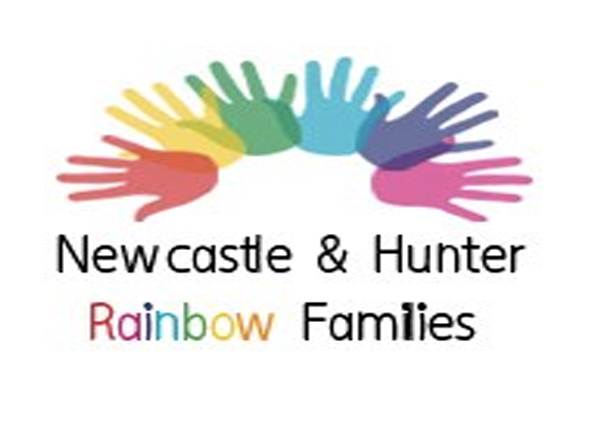 The Penrith Rainbow Families social group is open to all LGBTQ+ parents and their kids. The catch ups take place in different places in the Penrith area and are a great place to meet other LGBTIQ parents, and their children.

Join the Penrith Rainbow Families Facebook Group for more details. We hope to see you and your Rainbow Family there.